The History of Envelopes | Letter Jacket Envelopes Skip to content

The History of Envelopes

Of all of the kinds of packaging out there, envelopes may be the most common and instantly recognized. In fact, envelopes have developed, right alongside humankind, with a history just about as long and rich. The history of envelopes is fascinating and long and covers the development of the shape, use and materials in constructing these icons of direct mailing. Learn about the history of envelopes, their place in the mailing industry and what the future holds for this venerable method of packaging.

Thousands of years ago in biblical times, it was important to have a means by which proclamations, messages and other missives could be packaged and delivered. The use of envelopes dates as far back as the days when written language was put onto papyrus in ancient Egypt and Babylon. We even have discussions of sending out messages as far back as the Old Testament Book of Esther; wherein the king sends letters to every province in his territory.

The first clear use of a device that could be called an envelope dates back to 2,000 B.C. in ancient Babylon. This envelope was made of a clay wrapping that could protect deeds, bookkeeping forms, mortgages, financial accounts and even letters from the elements while in storage. To gain access to the documents inside, the baked clay envelope would have to be utterly destroyed. This was an exceptional form of protection and security.

Postal envelopes probably developed sometime around the Middle Ages and were simple folded pieces of paper which were sealed with wax to provide protection against prying eyes of the often private and sensitive documents therein. Mass produced envelopes did not come onto the scene until about 1845, when in Great Britain, inventors Edwin Hill and Warren De La Rue filed a patent for an envelope-producing machine.

The advantage of the machine is that it allowed many envelopes to be cranked out at speed, each of which had a uniform shape which allowed it to be sealed with glue or a single wax stamp placed at the intersection of the flaps.

While nobody knows for sure the origin of the shape, it is known that the Hill and De La Rue machine folded envelopes using diamond-shaped blanks which had to be pre-cut. The diamond shape, likely, has been used for much of the life of envelopes as it is simply a strong, logical shape that allows the envelope to wrap fully around a folded letter and provide maximum protection.

It is certain that this shape was in wide use by the beginning of the 1800s. It was, at the time, used mostly as a novelty wrapper for letters and invitations because it was formed by those who had the leisure time to cut and shape paper in the proper form. Also, only the wealthy would be unconcerned about the waste from the bits of paper cut off.

By 1840 the use of the diamond-shaped standard envelope became commonplace in Europe. The key factor in this shift was when Great Britain nationalized the institution of the post office under the control of Rowland Hill following his pamphlet, Post Office Reform: Its Importance and Practicality in the year 1837.

Hill proposed that it was important to standardize and minimize the costs of letters and postage, which led to the widespread use of envelopes, which up till this point carried significant additional costs per each extra piece of paper used. This reform made it suddenly affordable for the less affluent members of society to use protective wraps in sending their letters and communique throughout the continent.

It was also Hill’s place as controller of the postal service that led to the standardization of stamps and the Hill/De La Rue envelope machine, as Edwin Hill was Rowland’s brother and was appointed as the Controller of Stamps.

The Envelope Throughout the Ages

It is astounding how many different pieces of technology have been developed based around the envelope. The typewriter itself, in fact, was primarily used through the 1970s for the purpose of addressing envelopes, and even modern computer printers and word processors have functions designed for feeding and addressing envelopes. The commercial printing industry has advanced in leaps and bounds and now can produce envelopes in a broad variety of shapes, sizes, colors and textures, fulfilling any need the mailer might have.

Envelopes began as a means of protecting sensitive documents from intruders, prying eyes and the elements. They later became a novelty item, used by the wealthy to add a touch of panache and grace to their invitations and letters. They passed on to become the standard means by which letters and documents were packaged for delivery via mail.

Today, envelopes fulfill all of these prospects at the same time. There are security envelopes specifically designed to protect documents within from prying eyes and even from electronic scanning. There are direct mail envelopes of every size, weight, color, pattern and texture imaginable for use in invitations, advertising, marketing or even to add a personal touch to communications. There are envelopes with cut out windows, with illustrated designs and logos and more.

Modern envelope machines can crank out well over 1,000 pre-glued envelopes every minute and place them in boxes of anywhere from 100 to 1,000 for distributing all over the world. Over 450 billion envelopes are produced every year. One thing is certain: even with light-speed communications via the Internet, envelopes and direct mailings are still here, and are here to stay.

If you are curious as to how custom-designed envelopes can help your direct mail business, we are ready to help. Read a bit about our company, and get in touch with us today for more information or to find out how we can design envelopes to suit your exact needs, at a price that will not break the bank. Find out more about the interesting history of envelopes in part 2. 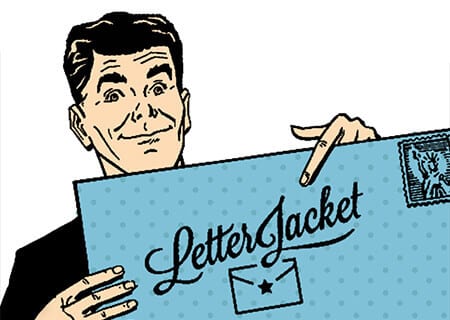