Tithing and Tithe Envelopes: Where Did They Come From? | Letter Jacket Skip to content

Tithing and Tithing Envelopes: Where Did They Come From?

Tithing envelopes are a many-splendored thing. Whether they’re used for weekly giving, sermon notes, or impromptu kids’ coloring books, tithe envelopes have been a staple of worshipping congregations in the U.S. for a long time. Where did this tradition come from? And how have envelopes helped?

Tithing and Tithing Envelopes: Where Did They Come From?

How tithing came to be

Giving “tithes and offerings” has not always been a church tradition. Congregants have always been encouraged to give. But giving a regular portion of income every week as part of worship (and then on to baskets, collection plates, tithe envelopes…) was first introduced in the U.S. in the 19th century.

Why? How did churches stay open if people weren’t giving every week? Interestingly, many churches (Congregationalist and Anglican, to be exact) were dependent on state funding. If the churches were state-approved, tax money helped them keep the doors open and pay their pastors.

The tithe challenge and envelopes

There’s nothing faster or simpler than asking people to put money in a basket or collection plate. For a couple of centuries now, even with the advent of all kinds of giving technology, we’re still passing the plate. It’s become a tradition. It’s a tangible, concrete act that helps people feel connected to the sacred moment of giving. It’s also hard to watch the plate go by and not think about giving to your community. (“Where’d I put that $5??”) Maybe that’s part of its sticking power.

Google search “tithe,” and you’ll find all kinds of topics on why or why not to ask people to give, or how to ask them to give more. Strategies and reasons for them abound. One way churches have tried to make this easier and more secure is with tithe envelopes. It can help givers keep their money organized and protects information on checks.

As church accounting processes have gotten more complex, tithe envelopes have also developed as a way to help churches keep track of funds for distribution, contact lists, giving reports, and tax deduction forms at the end of the year.

A custom tithe envelope can also help out your congregational giving. It draws the eye and adds appeal to the giving process. It looks professional, makes people feel good about you handling their money, and reminds them about the character of the place to which they’re giving. And it may even discourage scribblers.

But hey, if a few envelopes still go to a toddler’s drawing or a really good sermon, there are worse things. You can cut your losses.
Free shipping with Letter Jacket on your first order of custom printed tithe envelopes! 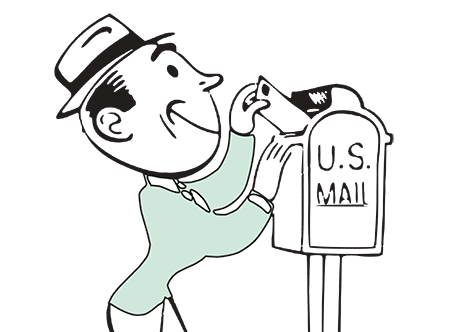